Ritual of Odds from Greece

Melodic death metal outfit Ritual of Odds from Greece have signed a Worldwide deal with Swimming With Sharks Records. The band’s third studio album ‘Ritual of IX’ was recorded at StudiOdds Recording Studio and was mixed & mastered by John Mcris. The band takes influences from bands such as At The Gates, In Flames, and Carcass and have been called the ‘Melodic Death Metal Masters of Greece’ by Axis of Metal (Canada). 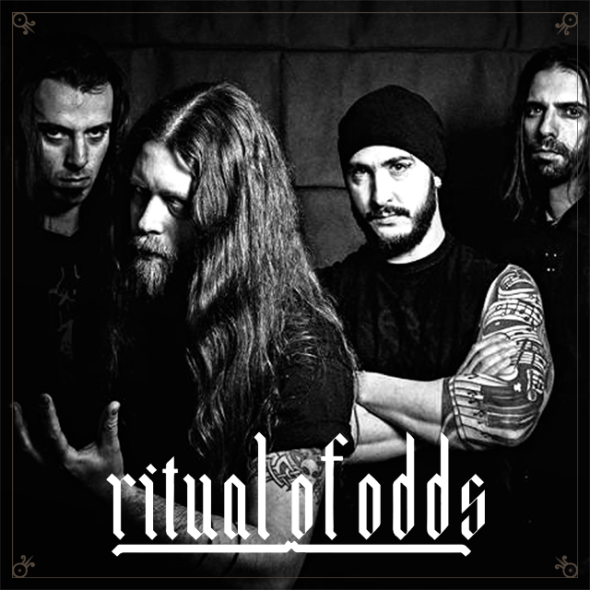 Label founder Noah “Shark” Robertson (Motograter/Ex-The Browning) states: “Patras, Greece… What a great find! The moment I heard “Ritual of 9” I knew this band was something special. They give me the same feeling I got the first time I listened to At The Gates or In Flames. They have all the elements of a melodic death metal powerhouse!”

The first single, and title track “Ritual of 9” is streaming here: https://www.youtube.com/watch?v=utDjaDxVW4Y

Ritual of Odds formed in 2003, originally under the moniker Existence Edge, but changed the name in 2005 and began work on their ‘Building up the Underverse’ Demo. In 2008, the band played this material live on stage for the first time and received great reviews, encouraging them to begin working on their debut full length album ‘Underverse’; which was released in early 2010. At the end of that same year, the band recorded their 2nd full length album ‘God is an Atheist’, which was very well received. The band toured Europe and the US, in support of the release, performing with bands such as OMEN (USA), PAUL DI’ANNO (UK), SEPTIC FLESH (GR) and NIGHTRAGE (SW). The band is often described as Melodic Death Metal, but many influences can be heard. Ritual of Odds have forged a unique sound by infusing elements of thrash, horror and epic metal into their own, creative brand of melodic death. 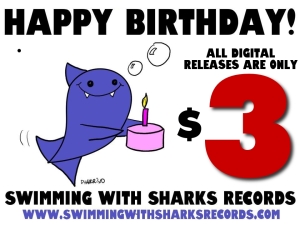 Today is the 3rd Anniversary of Swimming With Sharks Records! It’s been a great 3 years! To celebrate, we are offering ALL DIGITAL RELEASES FOR 3 DOLLARS! http://www.swimmingwithsharksrecords.com 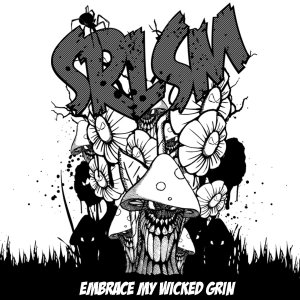 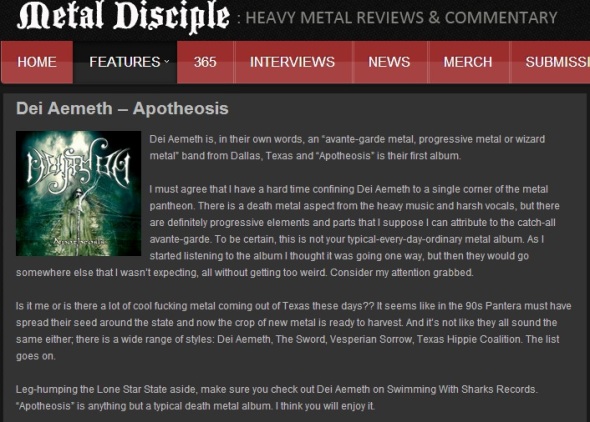 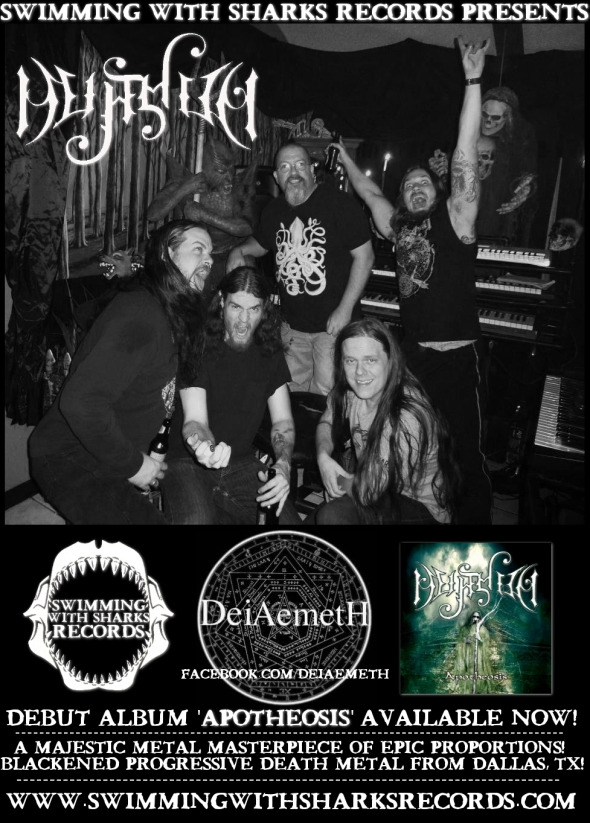 Dallas, Texas based Dei Aemeth has signed a Worldwide Distribution Deal with Swimming With Sharks Records. Their debut album ‘Apotheosis’ was produced and recorded by guitarist Sam Paquette at S.A.M. Recording Studios in Dallas,Texas and was mastered at JFD Studio by J-F Dagenais. The album features elements of progressive, technical, and blackened death metal. The band recruited Noah “Shark” Robertson, original drummer and founding member of The Browning (Earache Records/Artery Foundation Management), to drumming duties for their debut release.

Paquette comments on the album and the signing, “After recording ‘Apotheosis’ and listening to the mixes, we were completely stoked; we had something special we needed to get out to the masses. Swimming With Sharks is the perfect way to make this happen, as they are fully committed to us and the album. This is a huge milestone for us, our fans are excited, and we are looking forward to finding those new rabid fans out there and having our best year ever.”

The band has been making a name for themselves in the Texas metal scene for years and is rapidly gaining wide-spreadattention for their dark and punishing brand of progressive death metal.

‘Apotheosis’ is currently available at http://www.swimmingwithsharksrecords.com – Check out the band at http://www.facebook.com/deiaemeth

TheNewReview.net – The Browning’s Noah Robertson Offers Advice To Up And Coming Bands… 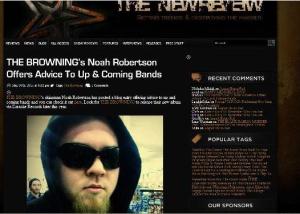 Eye of the Enemy - 'Weight of Redemption'

Eye of the Enemy – Asian Tour